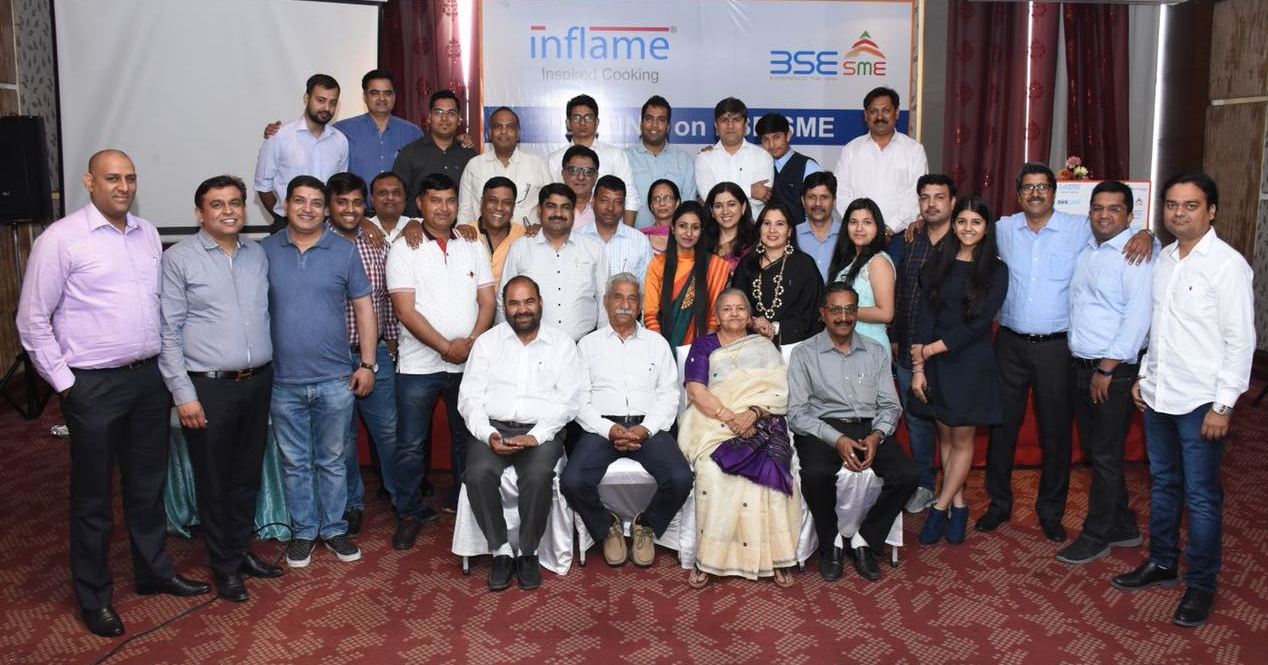 Aditya Kaushik CMD and Amit Kaushik, CEO, CFO kick started the manufacturing journey in the year 2015 with an initial man power of just 20 people. Remarkably, the company recorded a turnover of Rs. 4 Crore in the first financial year 2015-2016. It was the hard work coupled with grit and determination of the promoters that Inflame Appliances Limited became the authorized vendor under the Pradhan Mantri Ujjwala Yojana in October 2016. Impressively, the turnover of the company swelled to a whopping 18 Crore for the financial year 2016-2017.

One of the captains of India’s largest and the biggest stock exchange- BSE, Mr. Ajay Thakur, CEO, BSE-SME was in Chandigarh during the ceremonial function of Inflame Appliances Limited after it reserved its position on the BSE SME platform. Speaking on the occasion Mr. Thakur said, “It is for the first time that an appliance manufacturer in the country got listed on the BSE platform under the SME category. It truly reflects the potential of small organizations with big dreams.”

With the diversification in the product portfolio, the company is now aiming at touching a target of Rs 32 Crore for the financial year 2017-18 ending this month.

An elated Mr. Aditya Kushik, CMD, Inflame Appliances Limited further adds that the company is pinning hopes to achieve a turnover of Rs. 75-80 Crore by the end of next financial year 2018-19. Mr. Aditya Kushik says, “Getting the company listed on the BSE SME platform is indeed a great achievement for us. We are not just planning to achieve the target of 75-80 Crore turnover in the next financial year but we are also planning to increase our presence in more than 12 countries in the next five years.” 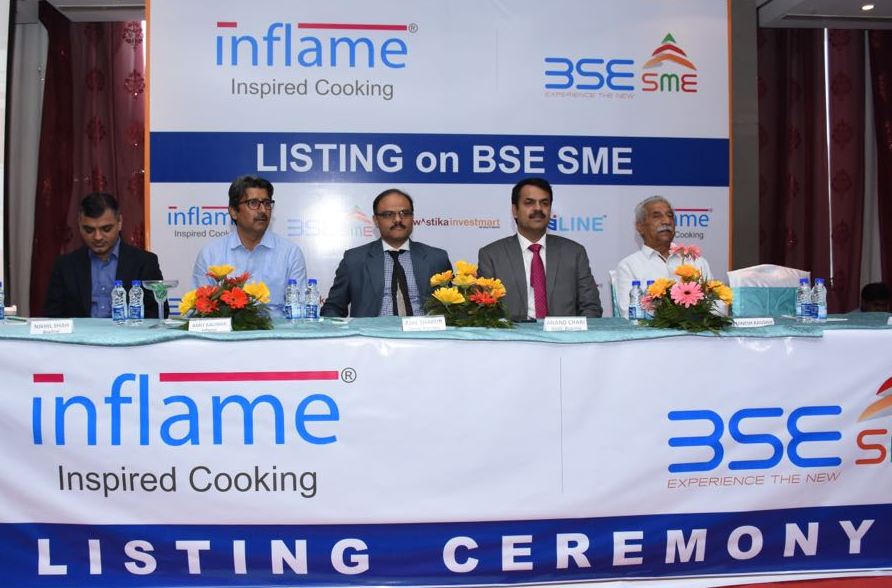 Echoing the same sentiments, Mr. Amit Kaushik, CEO, CFO adds, “After becoming the authorized vendor under the Pradhan Mantri Ujjwala Yojana, getting the firm listed on the BSE platform had been the most colourful feathers in the company’s cap. We are now planning to diversify our product portfolio and will soon be manufacturing electric chimneys in India to support the Make In India campaign. It is one of the fastest growing product markets in India with a growth rate of 25 per cent annually. The new venture will not only integrate the company’s position in the market but will also generate employment opportunities for hundreds of job seekers.