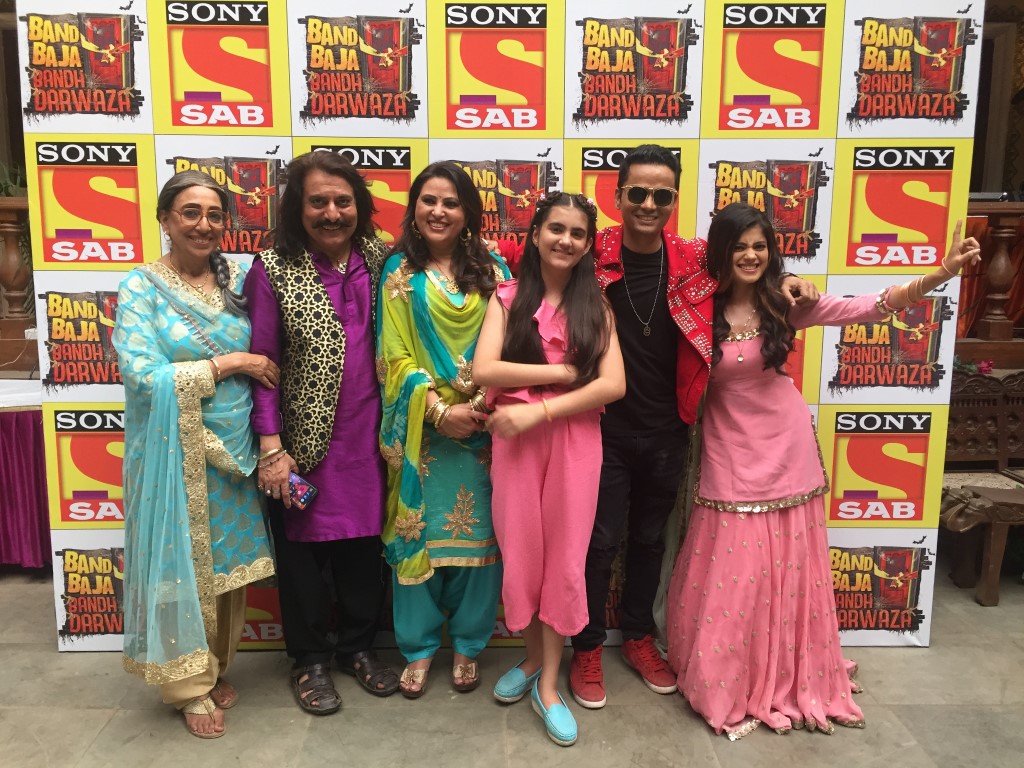 Talking about the show during launch, Mukesh Tiwari aka Sanjeev Sharma said, Band Baja Bandh Darwaza is a comedy show which stands far away from any slapstick comedy, more specifically it is a horror comedy. It is a story of some regrets and wishes which the ghost couldn’t fulfill while he was alive and now haunts a house for revenge. I loved the story of this show and hence, agreed to do my television debut with it.”

Excited about the show, Amitosh Nagpal aka Rocky said, “I am very excited for this show. We are trying to scare the audience while we make them laugh and vice versa through Band Baja Bandh Darwaza. The entire cast is enjoying a lot as we shoot for it and we hope it reaches our audience too. I request everyone to join us in this fun by watching the show.”

Rajendra Sharma aka Chandan Khurana said, “I’m doing a show on television after 12 years. I have put all my heart and soul in this show and I wish everyone watches it with enthusiasm. I hope people love this show as well as my character in the show. I assure our audience that this show is unlike other horror shows currently on the television and they are going to thoroughly enjoy watching it.”

Neelu Kohli aka Sarita Khurana added, “To the point of sounding very clichéd, I am very excited about the show. I agree that every new show starts with excitement but Band Baja Bandh Darwaza is a very different experience for me and I am looking forward to it. I would also love to connect with the audience and know what they feel about our show. So, I request everyone to do that little effort and watch the show as it is only for 26 episodes.”

Band Baja Bandh Darwaza is the tale of Sanjeev Sharma who returns as a ghost in the life of his long lost love after 25 years. Sanjeev who was supposed to marry a girl named Sarita but couldn’t because she ran away with her then boyfriend Chandan Khurana; is back to take the revenge and trouble their son instead. Since Sanjeev did not get married and led a life of solitude, he wants to ensure that Sarita and Chandan’s son – Rocky – also lives a life by himself.