NewZNew (Chandigarh) : SAB TV’s popular show Taarak Mehta Ka Ooltah Chashmah recently crossed the 1900 episodes benchmark. The show which also happens to be the longest running show on Indian television has been entertaining the viewers for the past 8 years through its slice of life stories. 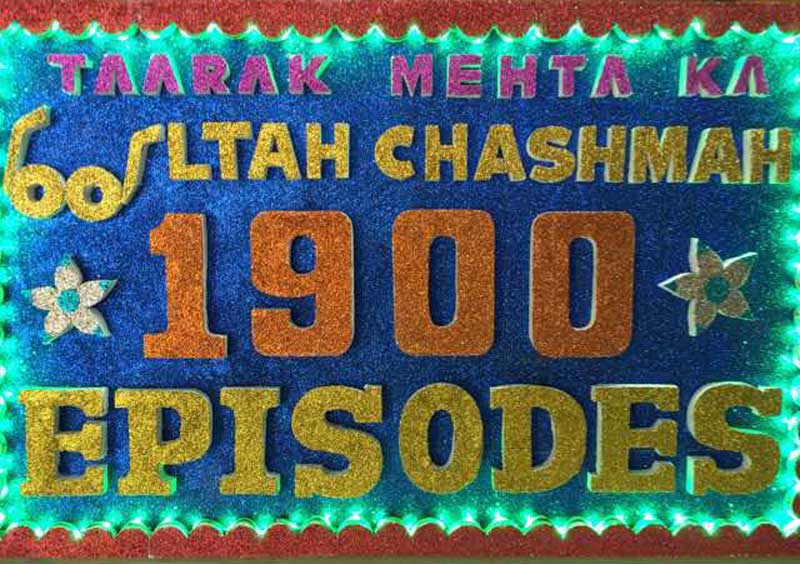 Taarak Mehta Ka Ooltah Chashmah connects with the youth and old alike because of its clean entertaining values and subtle social message. Set against the backdrop of Gokuldham society in suburban Mumbai, the show chronicles the lives of the members living I the society and has a hilarious take on the situations faced by its lead protagonist Jethalal Gada (Dilip Joshi) and the people around him.

Disha Vakani who plays Daya ben on the show commented, “Everybody I have met till date has said that Taarak Mehta Ka Ooltah Chashmah is the best family entertainer. I am so happy that we have touched the 1900 mark. Even today every track we do, is fresh and no story has been repeated. I go for a shoot and feel as if I have come to my second family. I pray that it never ends,”

Here is congratulating the team on completing 1900 episodes and wishing them luck for many more of such milestones in the future!

Tune in to Taarak Mehta Ka Ooltah Chashmah every Monday to Friday 8:30 pm only on SAB TV!