newznew (Chandigarh) : Tata Sky, India’s leading content distribution platform providing Pay TV and OTT services, announced its offerings #MaxJingalala of 600 channels and services, which is the highest ever in the DTH sector. 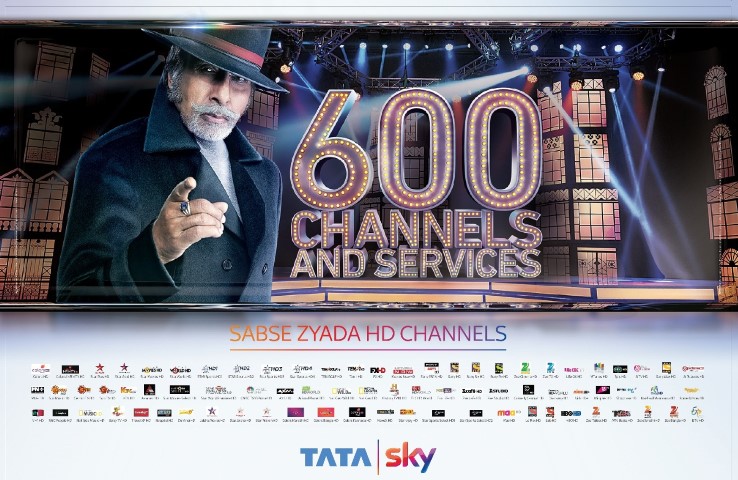 Tata Sky today is a market leader in HD channels along with maximum number of Tamil, Telugu, Kannada, Malayalam, Marathi, Bengali, Oriya, Punjabi and Assamese channels on offer. As of December 2016, Tata Sky is offering an unprecedented 76 HD (highest in the industry) and 483 SD channels. The bouquet of 31 value added services, 15 SD & HD movie platforms specials, 9 exclusive +1 channel feeds, have been a clear differentiator and a key focus area for the brand.

Malay Dikshit, Chief Communications Officer, Tata Sky, said, “Consumers in India consider the number of channels provided by an entertainment platform to be amongst the second biggest reason to make their purchase decisions. Tata Sky is leaving no stone unturned to offer the maximum number of channels and services to its subscribers. Hence offering Sabse Zyada Manoranjan catering to every member of the family is key to the Tata Sky offering.”

Some of the other first-ever in the sector that Tata Sky has under its hat are the launch of 4k Set Top Box in India, Karaoke service on STB, unique interactive services Classroom and Smart manager and the World’s first Daily Recharge option.