NewZNew (‎Chandigarh) : A little over a fortnight ahead of the release of the biopic ‘Sarbjit’ based on the life of jailed Indian farmer Sarbjit Singh, the cast and makers of the film visited Chandigarh. 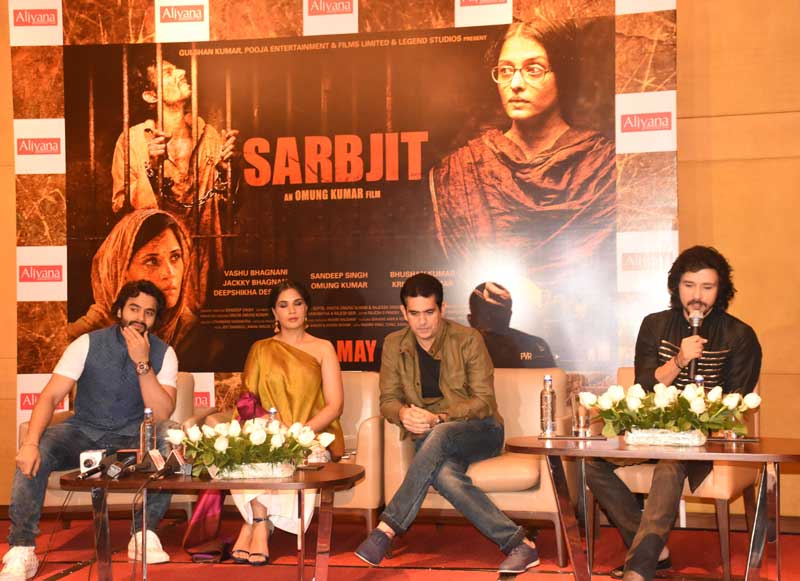 Present at the interaction was the man who is directing Sarbjit, national award winning director ‎Omung Kumar, actor Richa Chadha who plays the role of Sarbjit’s wife as well as actor Jackky Bhagnani who has donned the role of producer with Sarbjit, producer Bhushan Kumar and actor Darshan Kumar.

Randeep went through a very visible transformation during the film losing several kilos to look the part of an inmate.

For director Omung Kumar, Sarbjit is his second biopic after Mary Kom. ‘What happened to Sarbjit is tragic. But there are hundreds of innocent Indians languishing in Pakistani jails. Sarbjit the film is our tribute to all those innocents,’ said Omung Kumar.

Actor-producer Jackky Bhagnani felt that it was important for the makers of the film to visit Punjab. ‘Sarbjit is a story from Punjab but it will resonate with every Indian. Every citizen of our country must know of Sarbjit and Dalbir’s struggle’ said Jackky Bhagnani.

Punjab all set to join hands with Germany to create Renewable...