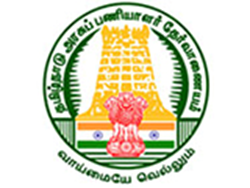 National IAS in Bangalore has the vision of becoming the best IAS Coaching Academy in Bangalore.

It aims to become the bench-mark institution in training candidates appearing for the Indian Administrative Service examinations, the most challenging examination.

Their team is affiliated to IAS examinations in both ways; they are aspirants and coaches.

Therefore, they are better equipped to train the candidates for all three rounds, viz., Preliminary, Mains, and Interview.

The Tamil Nadu Public Service Commission (TNPSC) is responsible for overlooking the recruitment of personnel into the state’s public service. It is a department of the Government of Tamil Nadu.

In 1970 it adopted its current name and operated under Article 315 to 323 of part XIV of the Constitution of India.

The Indian Government established a Public Service Commission in the year 1923 to study the salary structures of the employees of the Indian civil services and to see if it was possible to redefine the KRA by transferring some responsibilities to the provincial services.

One of the responsibilities of the commission was to address the rate of Indianisation of the Indian Civil Services and the Indian Police.

It was decided that in a period of 15 years, 50% of the members of the Indian Civil Services would be Indians, and similarly, the Indian Police Force would also be 50% Indians.

The provincial governments were now in charge of recruitment and management of their services as deemed proper.

Taking advantage of this power. The Provincial Government of Madras and Punjab formed their own public service commissions.

Madras Presidency province was the first in India to establish its own Service Commission under the Act of the Madras Legislature in 1929. It constituted of 3 members, including the Chairman.

In 1957, the states of India were re-organized, and several state-level commissions were constituted.

What are the qualifying criteria for appearing in the TNPSC exam?

To appear for the TNPSC, the candidate should be a graduate and a minimum of 21 years of age.

How many attempts can a candidate get for clearing these exams?

Since the Constitution of India believes in supporting the backward (financially and socially), the candidates are bifurcated.

The general category candidate gets 6 attempts up to the age of 32 years.

The Other Backwards Caste candidate gets up to 9 attempts that they can give by the age of 35 years.

Scheduled caste/Tribe have unlimited attempts, but their age limit is 37 years.

depending on which post you are applying for, the candidate is prioritized as per their qualification.

If you intend to apply for Assistant commissioner, it will be advantageous if you possess a degree in commerce and law and a diploma in taxations laws.

You will be second on the list of priorities if you graduate in both commerce and law.

Third, a commerce graduate with a diploma in taxation laws is on the priority list.

And finally, forth if you have either of the degrees, commerce or law.

If applying for DSP and District Officer, you need to possess the following physical attributes:

Chest on full inspiration should be 86 cms, including a five cms expansion.

Chest on full inspiration 89 cms. including 5 cms. of chest expansion.

Weight and chest measurements are N.A.

There are no fixed dates for the examination, and you need to keep checking the main website for TNPSC exams so that you are well in time to apply.

National IAS Academy, Bangalore, will gladly assist you if you have difficulty completing your application.