NewZNew (Chandigarh) : Etihad Airways will reveal an exclusive trailer of its virtual reality film starring Academy Award winning actress Nicole Kidman at the Arabian Travel Market (ATM), which will be held in Dubai from 25 April to 28 April. 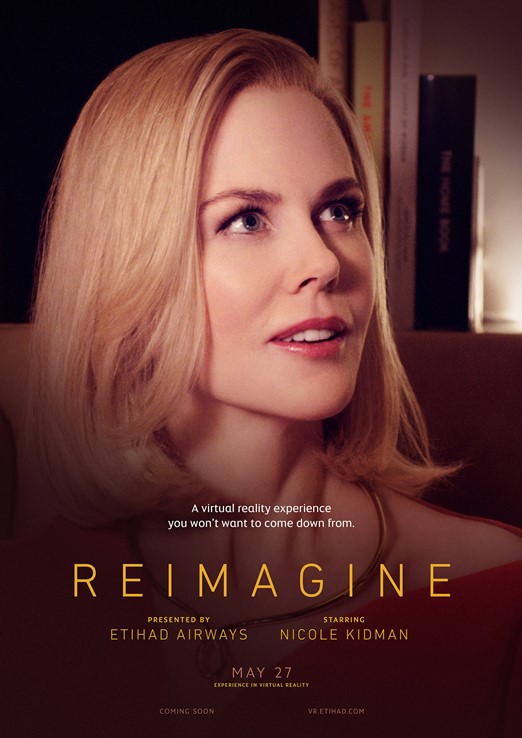 The innovative fully-immersive film, which marks the first time a Hollywood actor has starred in a virtual reality film, is a major accomplishment for the airline, and will allow viewers to experience its revolutionary Airbus A380, which includes The Residence – the airline’s ultra-luxurious and private three-room suite.

Visitors to Etihad Airways’ impressive stand at ATM will be able to enjoy the trailer using Google Cardboard technology and Samsung Gear headsets.

Peter Baumgartner, Etihad Airways’ Chief Commercial Officer, said: “This year’s Arabian Travel Market will be yet another great opportunity for Etihad Airways to showcase to a global audience how we continue to redefine travel. The VR film is the latest example of Etihad Airways’ on-going commitment to adopting cutting-edge digital technologies to reimagine the way we engage with our guests and how we communicate our innovations.

“Our talented commercial team managers and representatives are looking forward to welcoming visitors from around the world to Etihad’s interactive ATM stand to share with them our latest developments.”

Etihad Airways has also recently launched a new mobile app which empowers guests by providing them with greater control over their booking and travel experience, including how they prefer to interact with the airline. Guests can use the app to organise and manage their journey with even greater ease, including booking flights, check-in, viewing the status of their flight and even navigating their way around Abu Dhabi International Airport, using indoor maps – a first in the Middle East.

A live stream will be broadcast for the duration of the entire ATM event to ensure that guests receive breaking flight and holiday offers and instant access to extended interviews with the airline’s senior executives. Guests and viewers alike will also be able to watch Etihad Airways’ acclaimed Inflight Chefs in action as they prepare world-class cuisine in live cooking demonstrations.

Etihad Airways will be represented at the UAE section of ATM, at stand number ME2310.