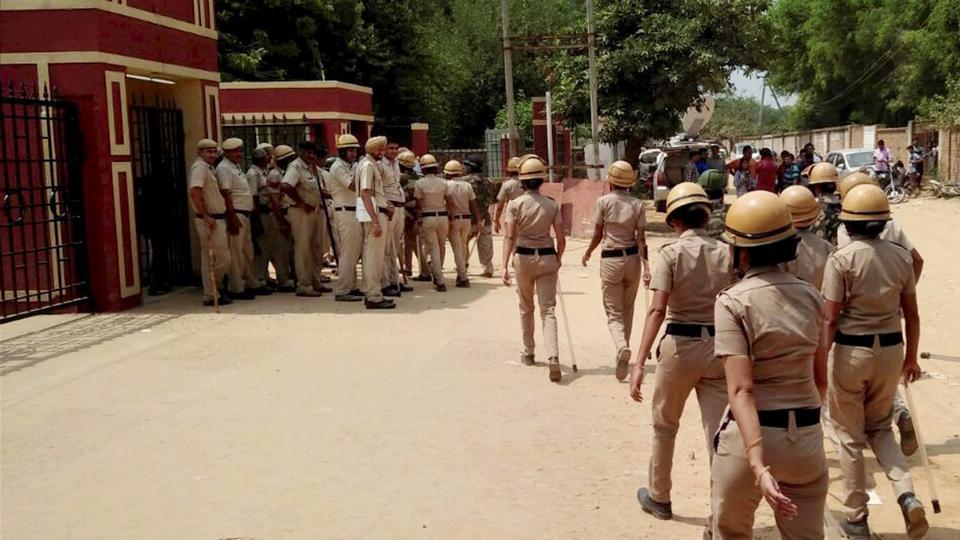 “They will be produced before a court on Monday morning.”

Earlier on Sunday, Haryana Education Minister Rambilas Sharma had said that the school’s management were also booked under the Juvenile Justice Act.

On September 8, the police arrested Ashok Kumar, conductor of a school bus, for the killing but many believe he was made a scapegoat. The man’s family too claimed he was falsely implicated since he was poor.

Angry protesters have staged demonstrations outside the school located in Bhondsi on Sohna road since the victim, Pradhuman, was found with his throat slit inside a school washroom in the morning of September 8.

At least 50 people, including nine scribes and photo journalists, were injured on Sunday when police baton-charged a group of protesters in front of the school building.

The child’s father Varun Thakur, a senior executive in a private firm in Gurugram, on Sunday said that though police was doing its duty, the government should order a Central Bureau of Investigation (CBI) probe into the case.

Pradhuman’s mother Jyoti Thakur said the school management “misguided” them after the murder.