NewZNew (Bathinda) : Union Minister for Food Processing, Government of India, Mrs Harsimrat Kaur Badal today said that center government was opening Model Agriculture Sciences Center in states for farmers and Punjab too is all set to get it. Such centers would be of immense help for the backward areas like Bathinda and Mansa. The Model Agriculture Sciences Center would teach Malwa farmers new techniques of farming helping them usher in much-needed diversification in the agriculture sector.

“People of Malwa have shown their trust and elected me as their true representative. Now being the Union Minister for Food Processing, I want to give maximum details to the farmers of Malwa,” said the Union Minister while on her visit to the Krishi Vigyaan Kendra (KVK) Bathinda.

Answering a media query, she said that clusters of vegetable and fruits producing farms would be created. Starting from Bathinda, entire mapping of Malwa is being done in order to ensure proper basic facilities at places where vegetable and fruits growing clusters can be created and take food processing to newer levels. In order to dispel laxities in such clusters, the Government of India and Government of Punjab was making concerted efforts so that the economic condition of farmers can be improved.

She added that her Ministry has got permission to develop 14 food parks in country, taking the total strength of food parks in India to 42. She added that the Punjab government was setting up food-park worth Rs 140 cr at Ludhiana, which Punjab Agro Industries Corporation will execute. Besides this, at Kapurthala private company Sukhjeet Stark is coming up with Rs 128 cr food-park at Kapurthala. It is pertinent to mention here that in December 2014, Punjab’s first mega food-park was set up at Fazilka, which is running successfully and thousands of people have got employment. She added that these mega food parks would help farmers increase their source of income and would give employment to thousands others.

She added that despite having seven ministers from Punjab over past 10 years of Congress regime, the UPA government did not give anything to Punjab, while the NDA government, with SAD as its alliance, has given Punjab three mega food parks at Fazilka, Phagwara and Ludhiana. It has also given Punjab an AIIMS center and multi crore road four laning projects. Besides this, the state has also got Horticulture Institute at Shaheed Bhagat Singh Nagar and Indian Institute of Management at Amritsar. At the event, the Union Minister talked to farmers and self help groups and assured them that better arrangements were being made to market their canned and other products so that they do not face any problem. Besides this, talks are on for opening food testing laboratories.

Terming CBI’s move of giving clean chit to Congress leader Jagdish Tytler in case of 1984 anti-Sikh riots as unfortunate, the Union Minister said that accused in the massacre of Sikhs would never be spared. She added that the case would be re-investigated so that accused are brought to book. “It is known to all that Jagdish Tytler and Sajjan Kumar were the main perpetrators of anti-Sikh carnage,” she said. Answering another query she said that Congress government did nothing in the state, while SAD-BJP government brought unprecedented growth. 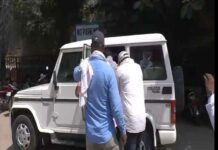 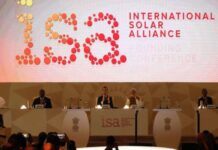 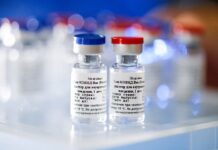