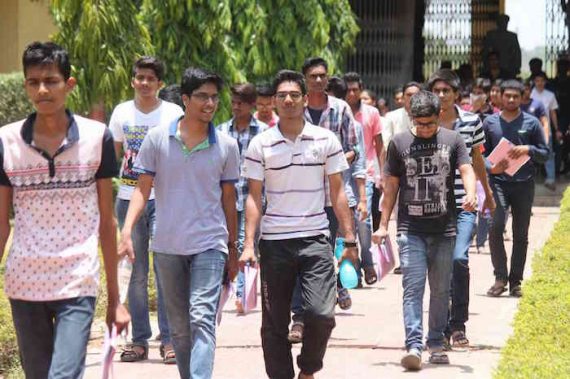 Uttar Pradesh State Entrance Examination – UPSEE 2017 was conducted by AKTU for merit-based admissions in undergraduate degree programs such as B.Tech/ B.Arch/ B.Pharm/ BHMCT/ BFAD/ BFA/ MBA/ MCA. As much as 1,69,170 candidates registered for UPSEE 2017, while some 1,38,000 cleared the exam. Based on the results of UPSEE, AKTU commenced the online counselling from June 19. So far, two rounds of UPSEE counselling have been completed by the University.

UPSEE seat allotment result for 2nd round was declared on July 9 and the students were given two days time (9 & 10 July) to indicate their willingness for the allotted seat. From July 11, the online registration facility for 3rd round counselling were opened and the registered students had to get their documents verified up to July 14, Friday. Also, the last date for filling and locking the choices of courses & institutions was set as Saturday, July 15. Now, based on the final locked choices by the students, AKTU will declare UPSEE third round seat allotment result.

Also Read :   Telcos hike mobile internet rates by up to 100%

UPSEE seat allotment – 3rd round will be declared today on July 16 and the students will have time till July 17 to indicate their online willingness. After UPSEE seat allotment result is announced, the students (allotted a seat) will have three choices for confirmation. acceptance of allotted seat. First choice – Freeze can be selected by the students if they are satisfied with the presently allotted seat and do not want to be considered for upgradation of seat in the next round. The registration fee deposited by the students will be adjusted against the Institute fee at time of admission. They will also be able to download & take the print out of provisional allotment letter.

Second choice – Float will be for those students who want to confirm the allotted seat and at the same time wishes to be considered for up gradation of seat in the next round. Third option – Withdraw will be for those who are not satisfed with the allotted seat and do not wat to be considered for allotment in the further rounds. These students will be eligible to participate only in SPOT counselling, which will be conducted only for government colleges from August 6. The students not allotted any seat in this round will have two options – Float (if they want to be considered for up gradation in 4th round on the basis of already filled choices) and Withdraw, if they do not wish to participate in UPSEE counselling anymore.

UPSEE seat allotment for third round is expected to be announced before 12 noon and will be available at the official portal upsee.nic.in.

Sippy Gill is lock & loaded in his next, ‘Marjaney’

Surprising reasons why you are not losing weight