newznew (Chandigarh) : LUX Industries Limited, (BSE: 539542 | NSE: LUXIND)known for its innovative and customer-demand driven product offerings, manufacturing more than 100 products across 12 major brands comprising a complete range of innerwear for men, women, and children, has yet again created a buzz in the innerwear category of the country by signing Bollywood star Varun Dhawan, the heartthrob of Young India as its new Brand Ambassador for LUXCozi. By signing Varun Dhawan LUX Cozi is taking a phenomenal leap in the process of repositioning itself within the young audience. 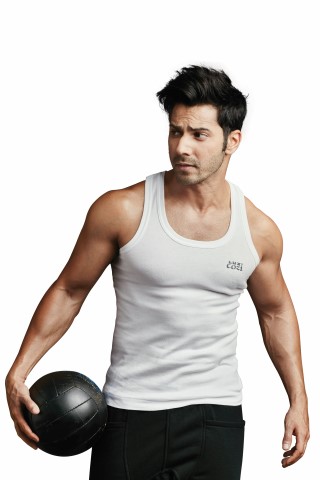 Speaking about the development, SaketTodi, Senior Vice President, Operations and Strategy, Lux Industries Ltd. said, “With fresh zeal and perspective Lux Industries has a structured plan of reaching out to the youth fraternity focusing on ideas in sync with the brand attributes. LUXCozi is one of the most popular and the largest market share holder in the economy to the mid-segment of men’s innerwear. As part of the core business strategy the brand is open to constant innovation and thus associates itself with renowned faces to represent the brand after every couple of year’s time.”

On the signing of Varun Dhawan as brand ambassador for LUX Cozi, Mr. Saket Todi further elaborated, “Over the years Varun has carved a niche in the minds of the film buffs and critics alike. His style and fashion sense makes him endearing to all sections of the audience cutting across age groups, especially the youth. We are happy with the association and believe it will resonate with the youth fraternity.”

Udit Todi, Senior Vice President, Lux Industries Limited, said, “On behalf of Lux Industries family we welcome Varun Dhawan as our new brand ambassador for LUX Cozi. A significant section of young audience connects with him and we believe will work in favour with our strategy to reach out to the youth of this country.”

Actor Varun Dhawan, said post the announcement as the new face of LUX Cozi,“I am delighted to be the brand ambassador for LUX Cozi, their innerwear products stand for comfort and quality and I really liked the vibe of the ad campaign when I met with the creative team.”

Varun Dhawan made his acting debut with Karan Johar’s 2012 romantic comedy Student of the Year, for which he received a Filmfare nomination with Best Male Debut. He established himself in Bollywood by starring in the romance Humpty Sharma Ki Dulhania and the film on dance, ABCD 2. He garnered critical acclaim and received a Filmfare Award for Best Actor nomination for portraying an avenger in Sriram Raghavan’s crime thriller Badlapur. He also starred opposite Shah Rukh Khan, Kajol and KritiSanon in Rohit Shetty’s romantic drama Dilwale. His latest being the crime-drama Dishoom.

The hoardings with Varun Dhawansporting the stylish LUX Cozi vests are already up in major metros which will be followed by aggressive print advertisement. The electronic campaign featuring Varun Dhawan will release across the GECs, News Channels, Movie Channels and Music Channels and will showcase Varun in various avatars within45 and 30 seconds commercials to be used across a mix of communication mediums like TV, Print, Radio, Onscreen and Online.The creative for theseries has been prepared by Mr. Piyush Pandey and team.

Star Chitrakaar to bring out the artist in underprivileged children