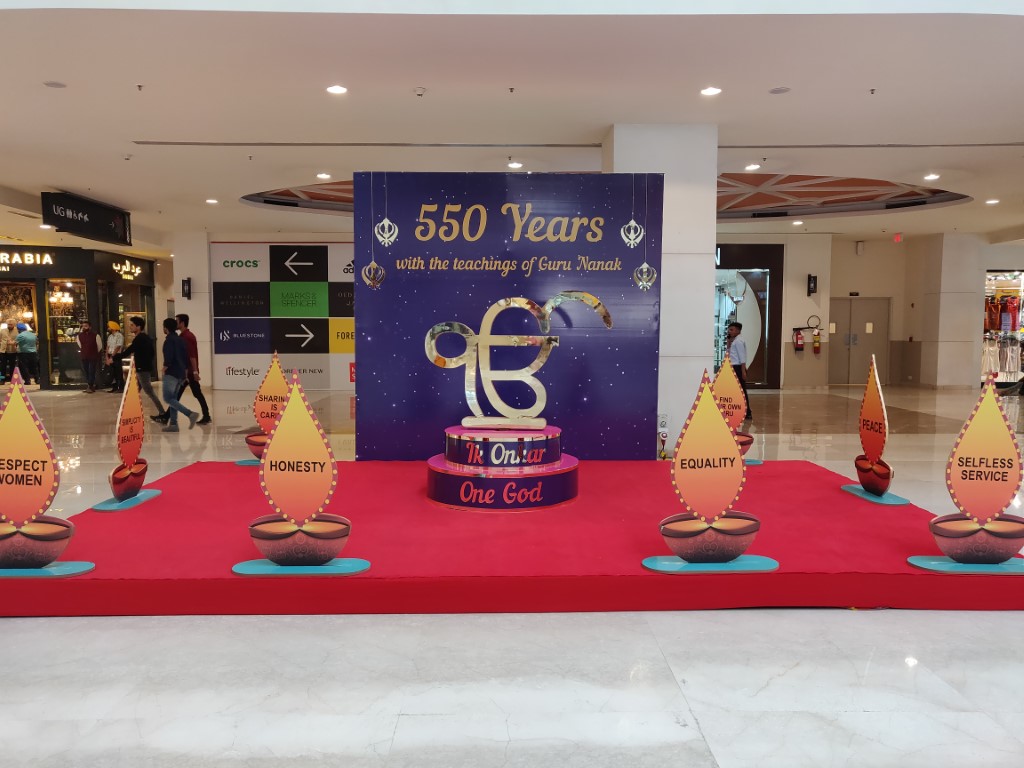 VR Punjab has depicted his teachings in the form of an artwork at a central location inside the centre to remind people of his eternal message to the entire humanity.

The artwork depicts the timeless teachings on earthen lamps with Ek Onkar (God is One) written in golden letters and the Guru’s teachings inscribed on glowing earthen lamps portrayed on either side.

In a world torn by sectarian strife, violence and narrow considerations where human beings are drifting further away from the Divine in pursuit of materialistic things, Sri Guru Nanak Dev Ji’s teachings stressing on oneness of God and humanity, equality of women, simplicity, honesty and spirit of service have become more relevant than ever before.

Feeling the need to draw people’s attention to the timeless tenets of Sri Guru Nanak Dev Ji, VR Punjab has highlighted his teachings in the form of an artistic representation to drive home the Guru’s lessons to humankind.

More Than 200 Helmets Distributed For Women Appealed To Wear For...