newznew (Chandigarh) : Wagh Bakri Tea Group is a Premium Tea Company, having its presence in tea business since 1892. Today it is the 3rd largest packaged tea company in India with a turnover of over Rs. 1000 Cr. and over 30 million Kgs of tea distribution. The group is a leading stride in tea exports and retail consumer all over the world. With huge number of Wagh Bakri tea lovers around the world, it has emerged as a truly global brand. The company enjoys undisputed market presence in Gujarat, Rajasthan, Madhya Pradesh, Maharashtra, Delhi, Hyderabad, Chhattisgarh & Goa and now expanding and making its presence in Punjab too. 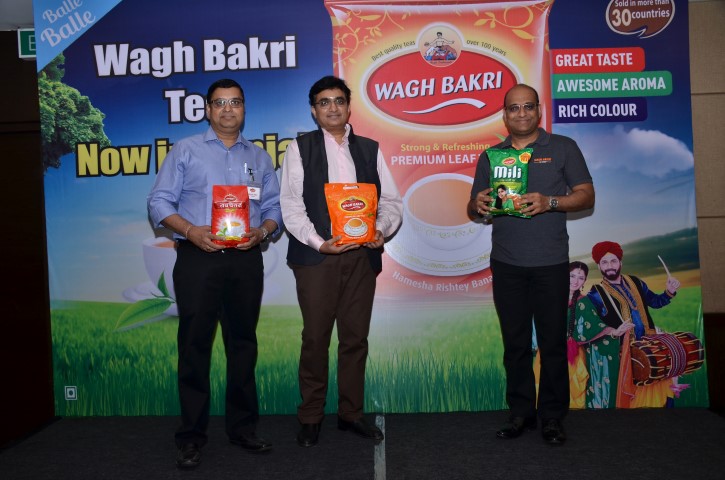 Imparting details about the strategic thought process behind the decision to launch in Punjab, Mr. Parag Desai, Executor Director and 4th Generation entrepreneur, also known as a tea evaluator said “Wagh Bakri Tea Group, the 3rd largest packaged tea company in India after conquering the North and West India is now launching in Punjab with its premium and consistent quality blends and brands. Before the launch of Wagh Bakri tea in Punjab, a detailed consumer research was conducted and we’ve realized that Punjab is a home for quality products and tea isn’t an exception. We are confident that Wagh Bakri tea will become a part of every household in Punjab.”

Speaking of the expansion of Wagh Bakri in Punjab, Mr. Parag Desai, Executive Director, Wagh Bakri Tea Group added “Whenever I’ve visited in our export markets such as U.S.A, U.K. or Canada where Wagh Bakri is one of the leading brand amongst the India diasporas especially Punjabis who’ve often wondered if Wagh Bakri tea would be available in their home State, Punjab. This has prompted us to launch Wagh Bakri products in Punjab as well.”