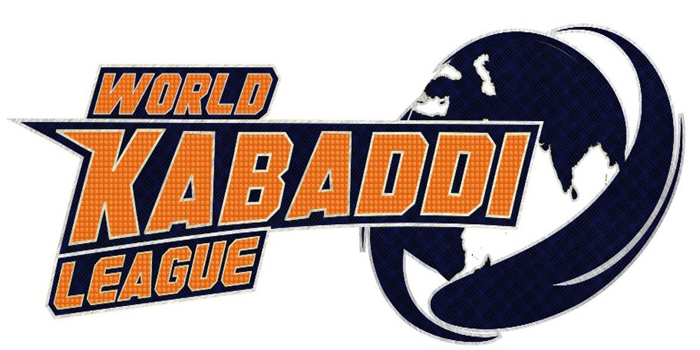 NewZNew (New Delhi) : The Wave World Kabaddi League attracted an aggregate reach of just over 101 million individuals as per TAM India in its very first edition placing it among the Top-5 sporting properties in India, both in terms of viewers as well as visibility to sponsoring brands. The Wave WKL, which was telecast live on Sony Six also garnered 1.5 million views on YouTube with 60 % of the views coming in from the diaspora in United States, Canada, UK and as far as Italy. Additionally an estimated 50 million reach was acquired through international feed in Pakistan, Middle East, Europe, US & Canada.

Raman Raheja, CEO of WKL said, “We are overjoyed with the response to the WKL in its very first year. Also, the idea of keeping the latter and final parts of the WKL in India, where the sport is extremely popular, also paid rich dividends in terms of TV exposure for the sponsors. We are now looking to a bigger event in the second edition.”

Repucom, the leading research company that measures ROI for all sports across the world, gives an interesting comparison of WKL’s sponsored property exposure on TV as compared to other sports. Repucom India has analyzed that the 86 matches played during the first season garnered as many as 143 hours of screen exposure, which translated into an hour and 40 minutes of exposure per match. Title sponsors, Wave Infratech, earned maximum visibility and ROI with 45% of share compared to all the other sponsors exhibited during the event. Among other main properties, the static board earned 37 hours on screen exposure (18% share compared to other sponsors) and the Jersey front was the second leading property with 22 hours on screen exposure (19% share compared to other sponsors). In terms of the value earned by the jersey front, it was next only to IPL and ISL, according to Repucom, the most reputed company in terms of analyzing sporting values.

Join Newznew on Telegram
Also Read :   Vogue Wedding Show in partnership with the Taj Group is back on the 7-9 august at Taj Palace, new delhi

Joseph Eapen, Repucom’s Senior Vice President-South Asia/Director India said, “We recommend that teams acquire more sponsors on the team apparels like Jersey front, Jersey Back, Jersey Side, Chest Logo and Trousers to cash the exposures and value from apparels.”

Repucom is a global leader in sports marketing research. Utilizing the leading technology and facilities for market research, media evaluation and commercial auditing, Repucom has created the industry’s first global, full-service portfolio for sports marketing research and consultancy. The company provides a single, independent source of holistic market data and insights to help its clients achieve value in their marketing and sponsorship activities.

Repucom draws on almost 30 years of experience and accumulated insights. The company has become established as the research provider of choice for over 1,700 of the top rights holders, brands, agencies and broadcasters in sports and entertainment worldwide.

The teams and the format:

WKL has eight teams, which play every other team three times for a total of 21 matches per team in the League. At the end of the league stage, the top four teams qualify for the semi-finals and the winners of the semis play for the World Kabaddi League Trophy and the cash prizes.

The first edition of the league in 2014 was inaugurated in UK, where matches were held in London and Birmingham. In India, the matches were held in New Delhi, Punjab (various cities in Punjab) and Bhopal. The eight teams of WKL were: Khalsa Warriors, California Eagles, United Singhs, Punjab Thunder, Lahore Lions, Vancouver Lions, Yo Yo Tigers and Royal Kings USA.

WKL aims to become the go-to brand when it comes to sports entertainment. WKL as a brand embodies strength, power, agility and entertainment. WKL seeks to take an indigenous sport to the world and redefining it for the Indian audience.

It gives Kabaddi a ‘gladiatorial’ persona and seeks to carve a niche for itself in a manner similar to the well-established sports like Football, Hockey, WWE and Cricket. WKL brand visual identity, tone and texture are global and aspirational.

The Commissioner of the WKL is former India hockey captain, Pargat Singh, who has played for India at three Olympic Games and been the captain in two of them.

In the first season Sony Six was the official broadcast partner for Wave WKL in India.

The World Kabaddi League is a society registered with the registrar of firms & societies having its registered office at Chandigarh & Corporate office at Gurgaon.

The aim of the organization is to build a dynamic and sustainable global sports league that grows World Kabaddi League as a Professional sport and engages fans and business associates with world class sports entertainment with better value, experience and service.

The organization is committed towards driving mileage for a holistic ecosystem where fans transcend nationalities and actively participate amongst themselves, their teams and the league partners, thus becoming a truly global audience.

The society respects the rich tradition of Kabaddi and would simultaneously focus on making the sport contemporary.

WKL will take the sport to state of the art venues and provide the spectators and followers with better entertainment in a clean, secure and comfortable environment.