NewZNew (Chandigarh) : With five teams and 70 biggest Punjabi celebrities, movie and music stars, Box Cricket League-Punjab is just a day away from its audience. It is going to be north region’s biggest sports entertainment show and Punjab’s first ever unisex celebrity cricket show. BCL-Punjab is brought to you by Leostride Entertainment & Xamm Telemedia Works.

To mark the beginning of Box Cricket League, Punjab; team ChandigarhiyeYankies organized a special screening to raise the curtain from this sports entertainment reality show which is going on air from 28th May,2016 at 8:30 PM on 9X TASHAN, PTC PUNJABI AND PTC CHAK DE. 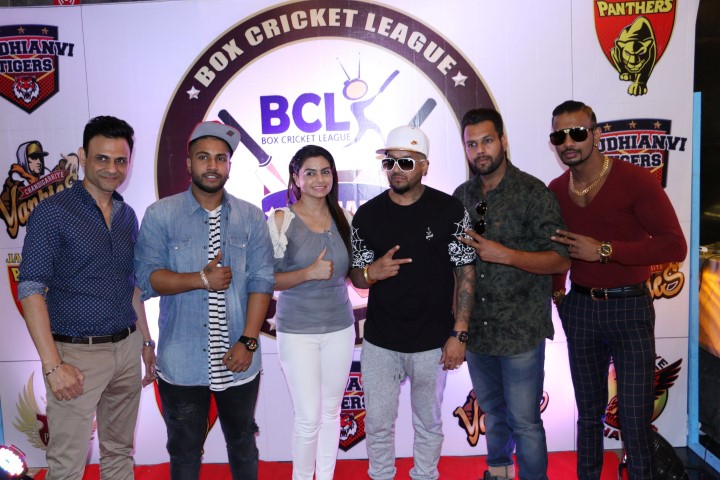 The team owner Jazzy B and other players like A Kay, Sukhi Muzical Doctorz, Himanshi Khurana, Nisha Bano, Girik Aman, JSL Singh and Aman Sutdhar from Chandigarhiye Yankies were present for this special occasion. The curtain raiser unveiled the first ever Punjabi language entertainer made on a massive scale. Besides revealing each of the teams that will be competing for BCL Punjab, exclusive comments from the team owner on their hopes and wishes for their teams were a part of this exclusive screening session. Overall it was a fun filled show where all the celebrities were seen enjoying and having fun before they get into the BCL Punjab war zone.

The crowned Prince owner of the team Jazzy B had a good time with their team and on the same he added, “I am very excited to be a part of these series and about one thing which I am really sure off is that all my team players have the capacity to steal the entire show and undoubtedly, they will nail it.”

Owner of the league, Sumit Dutt elaborates, “Box Cricket League-Punjab is poised to change the face of Punjabi entertainment, bringing together the biggest Punjabi celebrities, movie & music stars from across the world. I have received a huge response for initiating this unisex format of cricket in Punjab and for Punjabis. Each and every person who has become a part of BCLP has enjoyed thoroughly, especially the players. I’m looking forward and hoping to receive the same liking and appreciation from our audiences.

The audiences should now be ready for weekends full of excitement. Every Friday and Saturday from 8:30 pm onwards, Punjab will be glued to their television screens. The stars are all ready to battle it out and are looking forward to their cities supporting them.