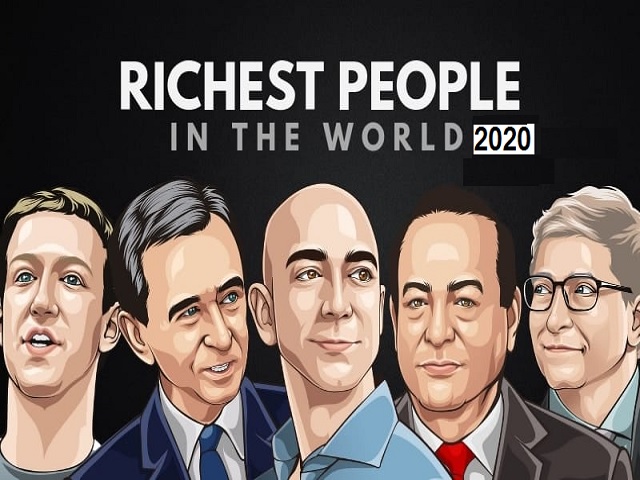 As per the estimation of Forbes, there were 2,095 billionaires worldwide by March 18, 2020. The total net worth of the world’s all billionaires is $8 trillion which is $700 billion less than the previous year 2019.

The USA is the home of the highest numbers of billionaires worldwide i.e.614 followed by China  388 billionaires and Germany and India have 107 and 102 billionaires respectively. See the list below;

It is not much surprising that U.S. and China are home to about half of the world’s billionaires.

Source: forbes.com (This data changes on a daily basis)

About Jeff Bezos:- He founded the e-commerce giant company Amazon in 1994 out of his garage in Seattle. He is the CEO of this company and owns an 11.1% stake.

He would have been richer if had not divorced his wife MacKenzie in 2019 after 25 years of marriage. He had to transfer a quarter of his Amazon stake to her wife.

Currently, Mark Zuckerberg is the youngest (at the age of just 36) billionaires in the top 20 list. Zuckerberg’s net worth is $88 billion and he ranks at number 4 in the world.

So this was the list of top 2o richest persons in the world. This list is very important for various competitive exams and interviews.

Infosys Foundation Provides Grants Worth INR 4.5 Crore to Restore the...