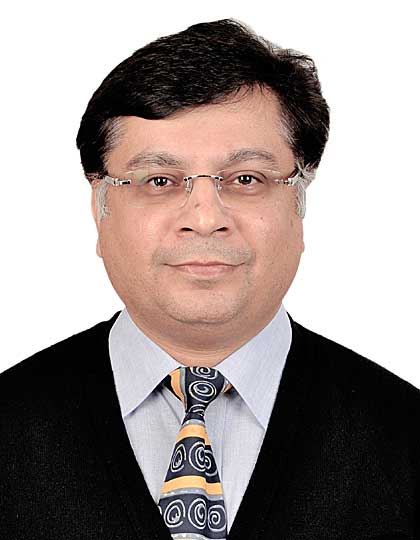 NewZnew (Chandigarh) : The government’s decision to hike duty on imported medical devices, re-impose SAD on such imports and reduction of taxes on raw material imports has been wholeheartedly welcomed by Indian medical device manufacturers. Thanking the government for this much desired and much awaited move, Association of Indian Medical Device Manufacturers (AIMED), has stated that the move will catalyze Prime Minister Modi’s ‘Make in India’ mission as it brings to an end grossly discriminatory taxation regime against domestically manufactured goods which had resulted in making the country perilously import dependent in this critical sector and had also caused near decimation of domestic medical device industry. “The move is the first big boost to unshackle India from perilous import dependency in a critical sector. It will catalyze domestic manufacturing of medical devices and will go a long way in ensuring big success of PM Modi’s ‘Make in India’ mission,” said Mr Rajiv Nath, Forum Coordinator of AIMED.

Last evening, Ministry of Finance had communicated that Custom Duties on medical device have been increased from 5% (0%) to 7.5% and SAD of 4% have been re-imposed. The ministry has also limited Concessional Duty applicability to only 12 essential Medical Devices as opposed to a large number of Chapter 90 items which were enjoying this benefit. In addition, import duty on raw materials for the manufacture of medical devices has also been reduced. The earlier taxation anomalies had made imports far cheaper than domestically produced goods as taxation burden on domestic manufacturers were far higher.

The earlier taxation regime which was heavily biased towards imports had resulted in significant cost differential between domestically manufactured goods and imports, making imports far cheaper. The net impact was serial closure of domestic units and making India dangerously import dependent. India has general import dependency of over 70% in medical devices and up to 90% percent in niche and electronic medical device segment.

“Nobody, neither the country, nor our people, nor the government nor the domestic industry was a gainer in earlier regime. It only ensured a secure exploitative market for importers and foreign companies, while making India perilously import dependent in such a critical sector,” said Mr Nath.

Foreign manufacturers were also not interested in setting up manufacturing units in the country as visualized under PM Modi’s ‘Make in India’ mission as manufacturing here made little sense for them, added Mr Nath. “Now we can look forward to a vibrant domestic medical device manufacturing eco-system,” said Mr Nath while adding that government now needed to focus its attention on few other remaining vexing issues if ‘Make in India’ is to be galvanized. AIMED has specially thanked Shri Hasmukh Adhia, Revenue Secretary; Shri V K Subburaj, Secretary, Dept. of Pharmaceuticals; Shri Amitabh Kant, Secretary, DIPP and Shri Bhanu Pratap Sharma, Secretary, Dept. of Health & Family Welfare for reversing the unfair taxation regime and contributing to ‘Make in  India’ mission with this move.

Talking about other vexing issues Mr Nath has drawn attention to flawed MRP regime, which is exploited by unscrupulous importers to artificially inflate price of imported medical devices and distort fair pricing regime in the country while leading to fleecing of unsuspecting and often hapless Indian consumers.

“The government now needs to think of Indian consumers by correcting the lacunae in the existing MRP regime,” said Mr Nath.