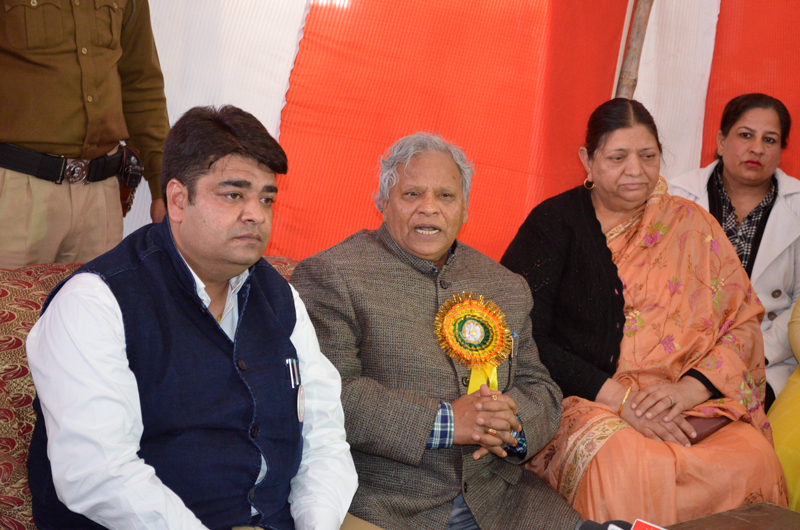 NewZNew (Ambala) : The Birthday of Union Minister of External Affairs Mrs. Sushma Swaraj has always been celebrated in the city of Ambala with full vigour and enthusiasm but this year Mr. Aseem Goel , MLA, Ambala City, a proud father to a daughter, has given a new dimension to the celebrations by linking it with ‘Beti Bachao, Beti Padhao’ Campaign and honoring women achievers of the city. The big bang event was organised at New Grain Market, Ambala City, bringing about the desired change in the society.

“The ‘Beti Bachao, Beti Padho’ initiative by the union government has seen tremendous growth and we are determined to take the message to every nook and corner of country. Ours is a small step in that direction. The women of today have come a long way and are no less than their counterparts. We see women today in every sphere of life; from security guards to CEOs, they are everywhere,” said a beaming Aseem Goel.

Sh. Rattan Lal Kataria, while addressing the large gathering, said, “We have gathered over here to honor all the people who have contributed in terms of bringing about awareness in the society regarding women rights, women education and women empowerment. I thank Sh. Aseem Goel for his imaginative contribution to the ‘Beti Bachao, Beti Padhao’ campaign.