The four years old came on the brightly lit ramp with LED walls, loud music, and hundreds of eager audience cheering them up, and won everyone’s heart at the Junior’s Fashion Week (JFW). 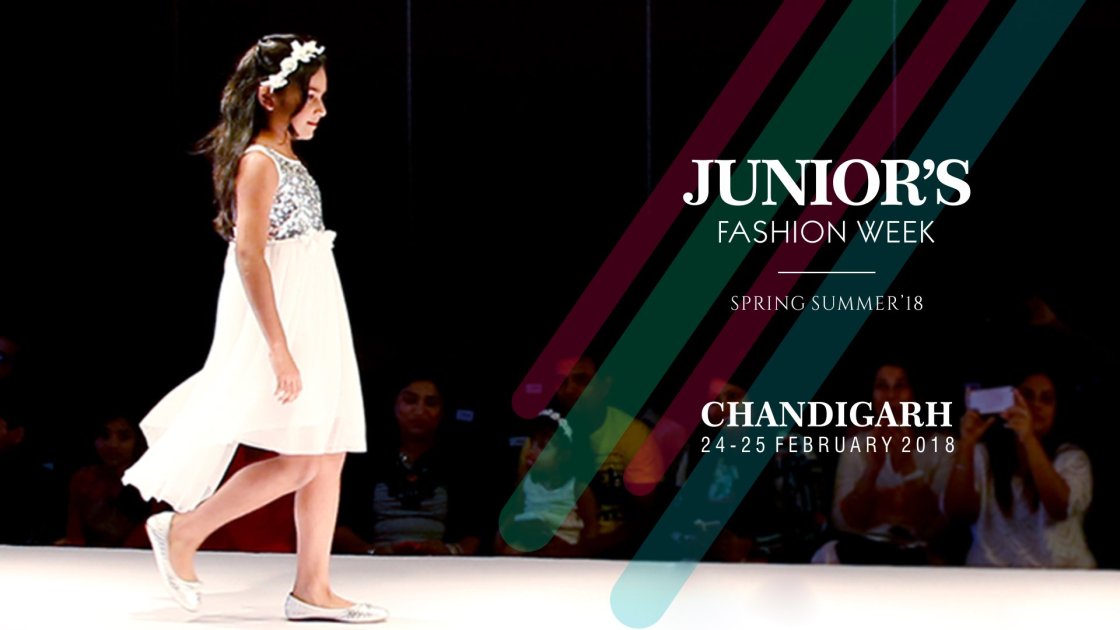 JFW chose Chandigarh as the first city on its seven cities tour for the Spring Summer 2018 collection of children wear and included the city on its itinerary for the first time, said Vin Sharma, CEO and founder of JFW.

There had been overwhelming response from the city and we had over 140 kids from 4 to 14 years, who signed up to model for the four leading international brands for kids wear, namely Marks & Spencer, The Children’s Place, US Polo Assc and The Flying Machine, he said, out of which 11 of them would be appearing on the US Polo TV commercials, Vin added.

Jessica Gomes Surana, a career model and now Principal of a public school in Kolkata, who has been associated with the brand for last one year for conducting grooming workshops for the children participating in JFW, said that she loves to work with the kids and was happy to see well-groomed kids coming on board in this city edition.

Referring to the changing perception on choice of clothes, Jessica said that earlier the parents used to tell their children as to what to wear, but it is the other way around with children making their own choices.

Jessica conducted grooming workshop for the participating kids yesterday, which according to her, prepares the little kids to face the audience, overcome stage and camera inhibition, and instils in them self-confidence.

Different groups of boys and girls wearing their favourite cool and stylish outfits stole everyone’s heart with their innocent looks, whether it was the trendy Flying Machine, or colorful outfits by Marks & Spencer, while another leading American brand, The Children’s Place showcased he casuals and stylish dressy outfits, with US Polo’s smart sporty polo tees and shorts as well as suave shirts and trousers in indigo hues completed the outfits.

The city’s glitterati, designers, parents, bloggers and other invited guests attended the event. After holding its first show in the city, JFW would be moving to Chennai, Kolkata, Mumbai, Pune, New Delhi and Bangalore.

The ONE Lip Sensation Matte Mousse range launched by Oriflame