Ashmah International School, sector 70 celebrated Independence Day with a massage of saving nature. First of all the ceremony of flag hoisting was performed then a cultural program was performed by the students of the school. The students presented a bonanza of colourful events. Students also regaled the audience by singing the song “Des mere..”later, the students tapped their feet to the song “Kranti ki mashal…”by the students. A Classical dance and a Western dance on the theme of freedom was also performed. The function ended on a colorful as the students performed cultural folk dance gidda &  bhangra. 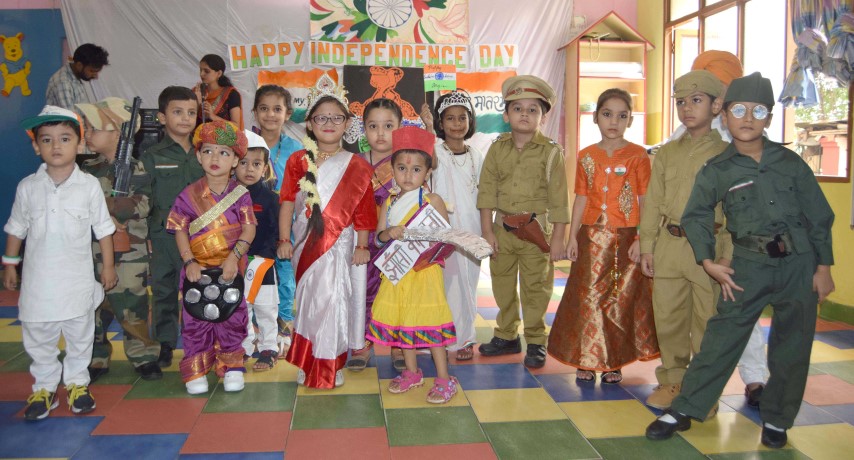 Speaking on this Occasion Director J S Kesar said that this emancipation has came after the struggle and sacrifices of the people of two centuries. Nevertheless we are unable to understand importance of freedom  but efforts should be made to make it better place to live in by maintaining  peace and harmony as that is the best tribute which can  be paid to the martyrs.  Principal Suchi Grover said that we should use natural resources to care nature and plant more and more the saplings.