newznew (S A S Nagar) : “It is imperative for every citizen to ensure clean and green environment so as to gift the legacy of a healthy breathing space to our future generations.” These views were expressed by the Local Government, Tourism and Cultural Affairs Minister, Punjab, Mr. Navjot Singh Sidhu here today at the municipal bhawan on the eve of ‘World Environment Day’ while initiating the project pertaining to mohali regarding the lifting of segregated waste material separately. On the occasion, the minister also launched a tree plantation campaign. 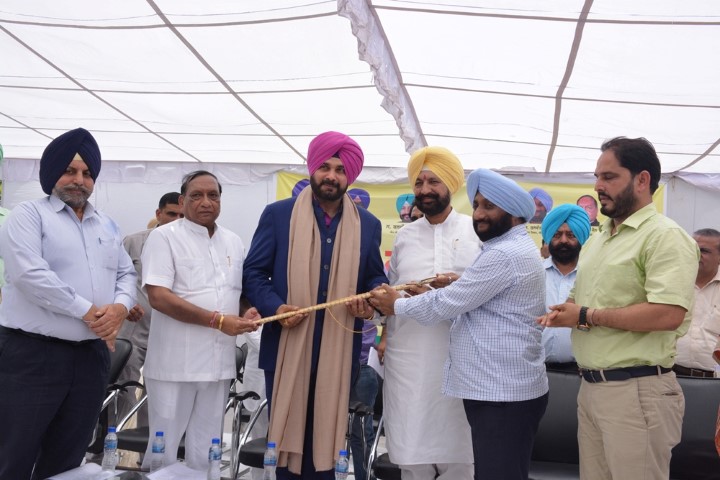 The minister said that the Punjab Government is taking it as a mission to turn the state into a hub of greenry and to ensure the success of the mission, more than lakh saplings would be planted across the state. Coming to the futuristic vision, the minister said that the state government would make a purchase of such ultra modern machines having the capacity to uproot trees 20ft deep and transplant them at other needed places. Divulging more, he said that the Punjab Government has listed cleaning of sewerages, establishing solid waste management plants, street lights and planting saplings as the core sectors deserving attention.

He also said that the state government is also contemplating taking loan from the World Bank for harnessing the canal water and making it available to meet the requirements of the people thus fulfilling their quest for clean drinking water. 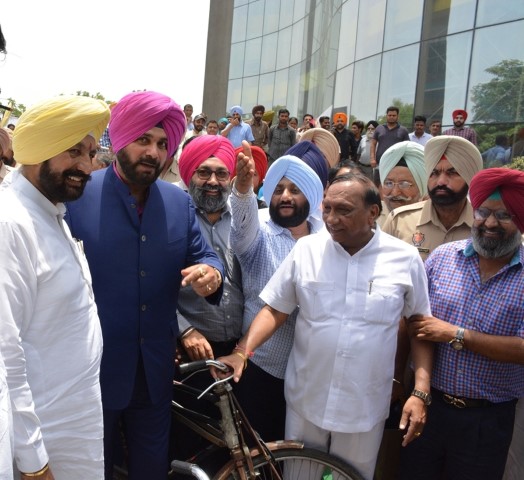 The minister further elaborated that the Local Government department would issue the user certificate {UC) to people constructing their houses in more than 200 yards only when they would make adequate arrangements for ground water harvesting. He also said that the unique policy of the department would be tabled during the next cabinet meeting. The minister while lashing out at the previous SAD-BJP government disclosed that out of 64 sewerage treatment plants established in Punjab, only 3 are operational.

Mr. Sidhu also divulged that a high capacity sewerage treatment plant would come up at mohali to ensure robust water management and also that the water from the plant would be utilized for irrigation of crops thus giving a relief to farmers and for gardening purposes.

The minister also appealed to the people of Punjab to follow in the footsteps of the Great Guru Sahiban and exhorted every native of state to plant atleast one sapling and ensure its proper upkeep. He also cautioned that now is the high time to be awake to save the environment and water level of the state otherwise the land of Punjab would turn barren. He also asked people to ensure clean surroundings besides avoiding misuse of water.

Also speaking on the occasion, MLA Mohali, Mr. Balbir Singh Sidhu said that Mohali is emerging on the world map. He called for giving boost to the industrial sector in mohali. He also appealed to the people to plant more and more saplings on the occasion of World Environment Day.  Earlier, the Mayor of Municipal Corporation Mr. Kulwant Singh welcomed Mr. Navjot Singh Sidhu and made a strong case to the people for ensuring clean surroundings apart from measured use of water. The Commissioner, Municipal Corporation Mr. Rajesh Dhiman thanked the present dignitaries. 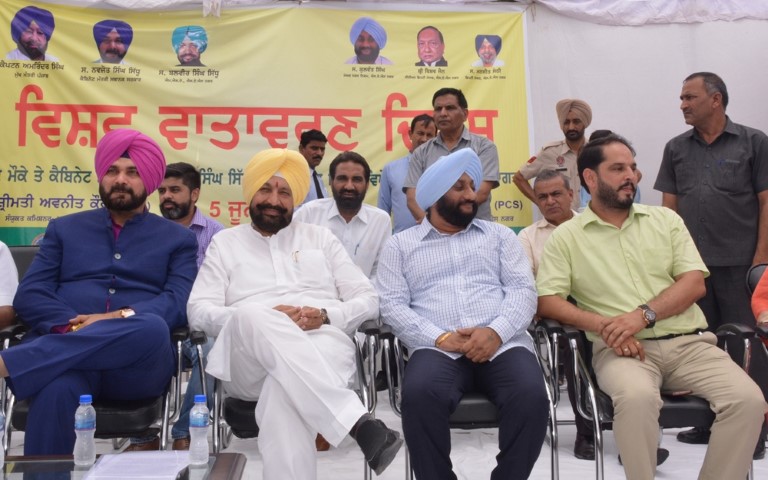