Speaking during occasion, Dr Kamna Nagpal, associate director Obstetrics & Gynaecology at Max  Hospital said that Polycystic  ovarian Syndrome (PCOS) is the  commonest  hormonal disorder in women in which the eggs in the ovaries are not released but develop small cysts in their ovaries. PCOS could be a result of both  genetic and  external  causes  and is affected by our  lifestyle.” 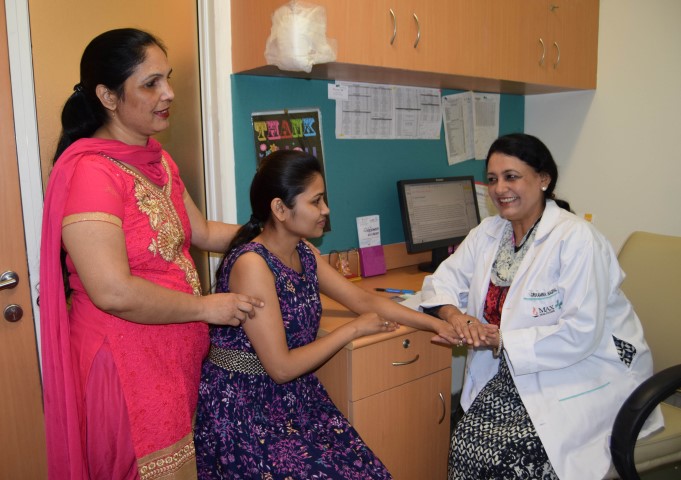 Studies have shown  that one in five women in India suffer from  PCOS, with rates as high as up to 22.5 % in female population. These  rates  are higher in urban population as compared to rural population, informed  Dr Kamna.

Explaining this common disorder , Dr. SK Mathur, director-Endocrinology said that in PCOS, an imbalance of female hormones and male hormones is developed . Normally an ovary makes a tiny amount of male hormone but in PCOS there is increased production of male hormones which results in patient getting PCOS .

This results in acne, facial and body hair and obesity  which  is cosmetically very distressing for young women. Due to suppression of egg formation it further results in menstrual irregularity and infertility. If these patients with PCOS become pregnant they have an increased incidence of miscarriage like twice the risk of normal  pregnant women as well as risk of developing pregnancy complications like gestational diabetes, pregnancy induced hypertension, preterm delivery as well as neonatal morbidity and mortality, said Dr Mathur adding long term consequences of this disease include sleep apnea, disorder in lipid profile, endometrial cancer and cardiovascular diseases.

Dr  Kamna  further informed that  depression and anxiety in women with PCOS is a common presentation but often overlooked and therefore left untreated. There is a tremendous negative psychological impact on patients of PCOD who have weight gain, excess hair growth on body and face, pimples, hair loss as well as inability to conceive.

Approximately 34% of women with PCOS  have depression as compared to 7% in general population and 45% of these patients have anxiety as compared to 18% of general population. It has been shown that the longer it takes to diagnose and treat PCOS , the more likely they will be to develop depression and anxiety related disorders, maintained Dr Kamna.