Pending medical reimbursement bills of employees and pensioners of HRTC to be cleared within a month: Jai Ram Thaku: The State Government has provided additional financial support of Rs. 259 crore apart from regular budget for Himachal Road Transport Corporation (HRTC) for its improvement. 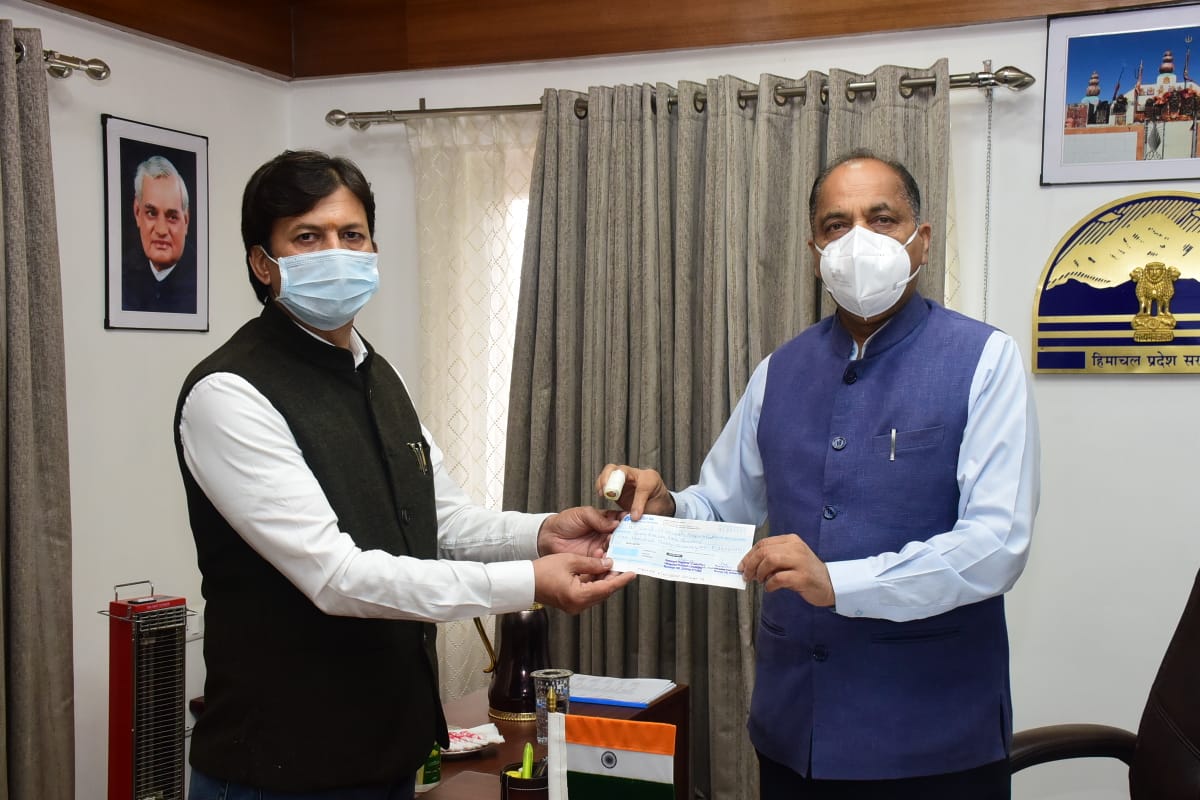 This was disclosed by Chief Minister Jai Ram Thakur while reviewing the functioning of HRTC here today.

Jai Ram Thakur appreciated the role played by the Corporation in facilitating the people of the State stranded in different parts of the country during the Covid pandemic. He said that as many as 4618 buses and e taxis were requisitioned to bring back students and other Himachalis during the lockdown. He said that the State Government has also provided Rs. 13 crore to HRTC for buses requisitioned by the Nodal Officers for effective Covid management in the State.

Chief Minister said that the HRTC has purchased 50 electric buses during the year 2019-20 besides 50 electric vans to facilitate the commuters and also help in environment conservation. He said that all these buses and taxis were in operation to provide comfortable and pollution free services to the people.

He said that recruitment process of over 890 posts of different categories were on to ensure smooth functioning of the Corporation. He said that about 1090 technical multipurpose assistants and 590 posts of drivers, conductors and other staff were recruited during the tenure of the present State Government.

Jai Ram Thakur said that the State Government was also committed to introduce Modern Integrated Public Transport Management system in HRTC to ensure comfortable journey to the commuters by making cashless transactions, online display of bus time table and exact location of the vehicle with the help of GPS.

Chief Minister said that 200 new buses would also be purchased to replace the existing old buses. He said that Rs.10.50 crore have been provided to HRTC for improving and upgradation of bus stands and workshops in the State. He said that Regional Workshops at Dharamsala, Dhalli and Lakkar Bazar bus stands in Shimla would be developed under Smart City Scheme.

Also Read :   Bilawal Bhutto says he will get back entire Kashmir from India

While reviewing the Chief Minister’s announcements regarding HRTC, he directed the officers to ensure time bound implementation of his announcements and foundation stones laid by him.

Managing Director HRTC Sandeep Kumar made a detailed presentation regarding various activities of the Corporation.

Promoters and CFOs of over 200 MSMEs participated in the...