SIDBI takes concerted steps to skill jail inmates in Punjab: Small Industries Development Bank of India (SIDBI), the principal financial institution engaged in the promotion, financing and development of Micro, Small and Medium Enterprises(MSME), has continued its steps to mainstream the unserved/underserved segments by empowering them through skilling and equip them with entrepreneurial readiness. 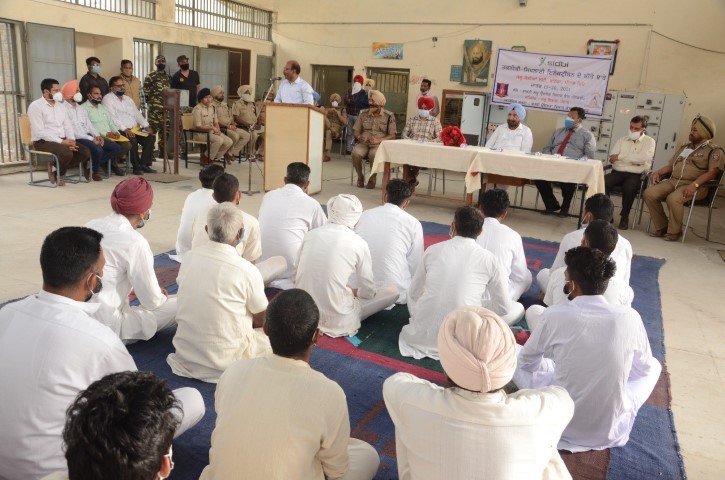 In this regard jail inmates in the state of Punjab are being empowered through skilling.

Shri Sukhjinder Singh Randhawa, Cabinet Minister, Jail and Cooperation, Government of Punjab inaugurated a Skill Development Programme in the trade of electrician for 35 Jail inmates of Central Jail, Bathinda. The programme is sponsored by SIDBI as part of its Corporate Social Responsibilities (CSR) activities and umbrella Mission Swavalamban, which is working to induce entrepreneurship culture, pan India.

Shri V Satya Venkata Rao, Deputy Managing Director of SIDBI said, “This is yet another initiative of ours under Mission Swavalamban where we continue to inclusively address the aspirations of left out segments of society and help them emergeAtmaNirbhar. We believe that appropriate skilling / upskilling coupled with exposure on being Swavalamabi  is a long term solution for acceptance of these  Jail inmates, once they come out.”

Shri Sukhjinder Singh Randhawa appreciated the efforts of SIDBI. He also mentioned about SIDBI support to skill training program for women prisoners in the trade of Food Processing at New District Jail, Nabha. He called upon SIDBI to support more such initiatives. While inaugurating the program he advised the prisoners to learn the trade and start repair work within the jail and after their release they should start small service units of their own.

Shri Praveen K Sinha, I.P.S, ADG (Prisons), Government of Punjab, while speaking on the occasion as the Guest of Honour, emphasised the need for care and corrective action for the jail inmates. He also spoke about the various progressive and innovative steps being undertaken by the Prison Department, Government of Punjab, for the welfare of the jail inmates. He thanked SIDBI for taking this differentiator step. He was also appreciative of the efforts of SIDBI on easing access to finance to MSMEs from Punjab.

Shri Rahul Priyadarshi, Regional Head, SIDBI Chandigarh assured the support of SIDBI for such developmental programmes. He also elaborated various initiatives taken by SIDBI for strengthening the enterprise eco system including notable performance of some of its directly assisted enterprises, some of whom have evolved as medium and large enterprises.

The Programme is being organized on behalf of SIDBI by Regional Centre for Entrepreneurship Development (RCED) in collaboration with the office of Additional Director General of Police (Prisons) Punjab. The inaugural session was attended by Distinguished Guests like Deputy Commissioner, Barnala, DIG Punjab Police, SP Bathinda, SP CRPF, Jail Superintendent Bathinda and Senior Officers from Punjab Police, CRPF, Jail Authority and District Administration.