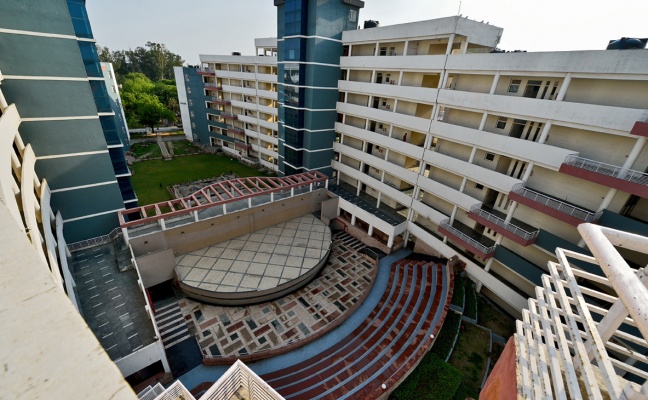 THE World University Ranking focuses on five key areas and 13 performance indicators for ranking: teaching (30%), research (30%), citations (30%), industry income (2.5%) and international outlook (7.5%). Thapar University has scored the 749th rank in citations, rated as the best strength of the institution. The University has performed well in citations (research influence) with a score of 28.5.

Earlier, the National Institutional Ranking Framework (NIRF) 2017 of the Ministry of Human Resource Development (MHRD), ranked Thapar University 26 in the Engineering Institutions category and 46 in the University category. These important and esteemed rankings make TU the best ranked private engineering institute and validate Thapar University as the most compatible choice for engineering aspirants all over India.

Director, Dr. Prakash Gopalan said, “Students of Thapar University will greatly benefit with the University’s sharp focus on students and its future focused contemporization initiatives which is across the board. From outcome based, experiential, and self-directed and project led education coupled with high research expectations from the faculty will catapult the University to a much higher standing”.

Expressing deep pride and satisfaction at the rankings, Deputy Director, Dr. R.S. Kaler said “Thapar University has participated in THE ranking for the first time and the credit of this ranking goes to all stakeholders including faculty, staff and students.”  Harnoor Singh, a 3rd year student of Computer Engineering student, reiterates “Students recieve the best education as per international standards. This is indeed a proud moment for all Thaparians”.

Junooniyat to bring back Kashmir’s beauty on big screen

Be The Boss Campaign event at the Nickelodeon office in Mumbai