newznew (Chandigarh) : India’s renowned pediatric neurologist, Prof Dr Pratibha Singhi, Director Pediatric Neurology and Neuro-Development at Medanta said that there are large number of children suffering from neuro dysfunctions like epilepsy or stunted growth due to rampant insanitation and unhygienic food being consumed.
Dr Singhi who earlier headed the PGI’s Advanced Pediatric Centre as Chief Pediatric Neurology and Neuro-development said that every year over a 100 cases of neuro dysfunction used to come in PGI, and all over the country there are cases of seizeur, epilepsy all sections of the society are effected since the raw food is major culprit of spreading the worm that hatches in the child’s intestines and reaches the brain to impact neuro-functions. 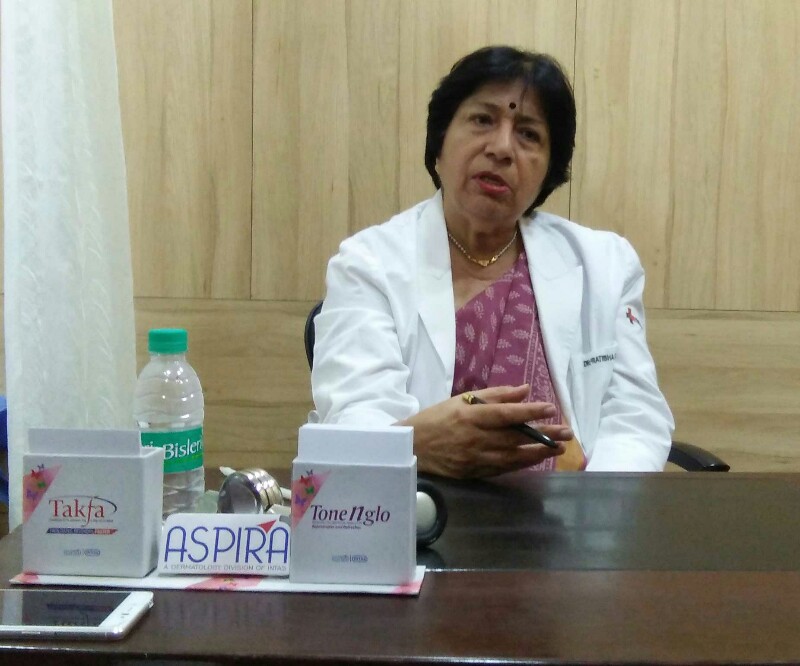 Seizures, lethargy, vomitting, and slow mental development are some of the common signs which parents must keep a watch on since early detection and early intervention are invaluable for treating the children effectively, she said.
Genetics, she said, is the latest development in treating neuro metablic disorder which helps us in providing tailor-made treatmenet specific to the child’s needs, Dr Singi said.

Dr Singhi was on a visit to Omni Clinics and Hospital in the city to conduct Medanta’s OPD for infants suffering from the disease.