newznew (Chandigarh) : The renowned actor and comedian who is known for his perfect comedy timing, Vrajesh Hirjee will now play a cameo in Sony SAB’s latest ‘Sajjan Re Phir Jhooth Mat Bolo’. The show which was launched on 23rd May is based on how the life of Jaiveer Chopra (Hussain Kuwajerwala) who is a business tycoon and how he gets caught in the web of lies only to save the love of his life Jaya Lokhande (Parvati Vaze). 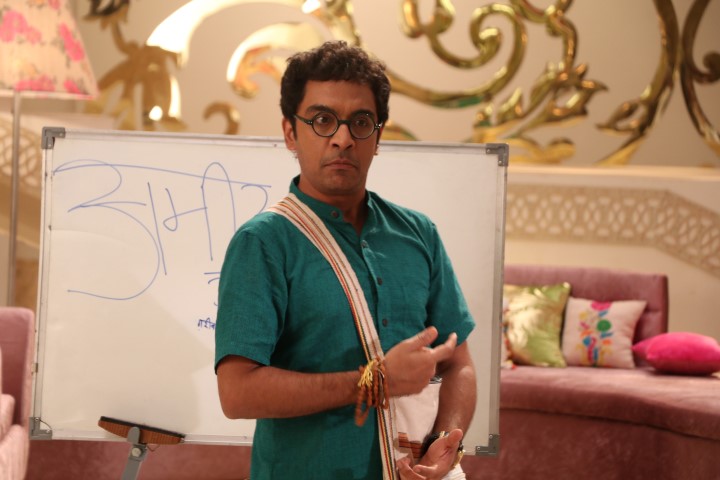 Vrajesh will don the role of a drama director who will teach them how to act poor. Being rich all their life the Chopra’s have never seen poverty but to impress Jaya’s father, Lalit Lokhande (Sharad Ponkshe) who hates rich people, they decides to act poor. Vrajesh will be giving them all the lessons to be poor.

Vrajesh who will play the role of a drama director adds, “Though I am doing a cameo, but I never felt that on the set. The entire cast is really fun to work with. Hussain and I have known each other for a long time and this is the first time that we are working together. Also, I always wanted to work with Tiku sir as I look up to him as a comedian. It is a complete crazy set and I think I have enjoyed each and every moment there.”

Naidu Dare Not Leave The NDA