Watch The Married Woman Web Series All Episodes Streaming Online on Alt Balaji Star Cast Real Name: The most waited and popular web series of ALT Balaji is streaming on the app and earns a lot of fanbase with so much appreciation from the viewers and as per the survey, the audience loved this web series so much. 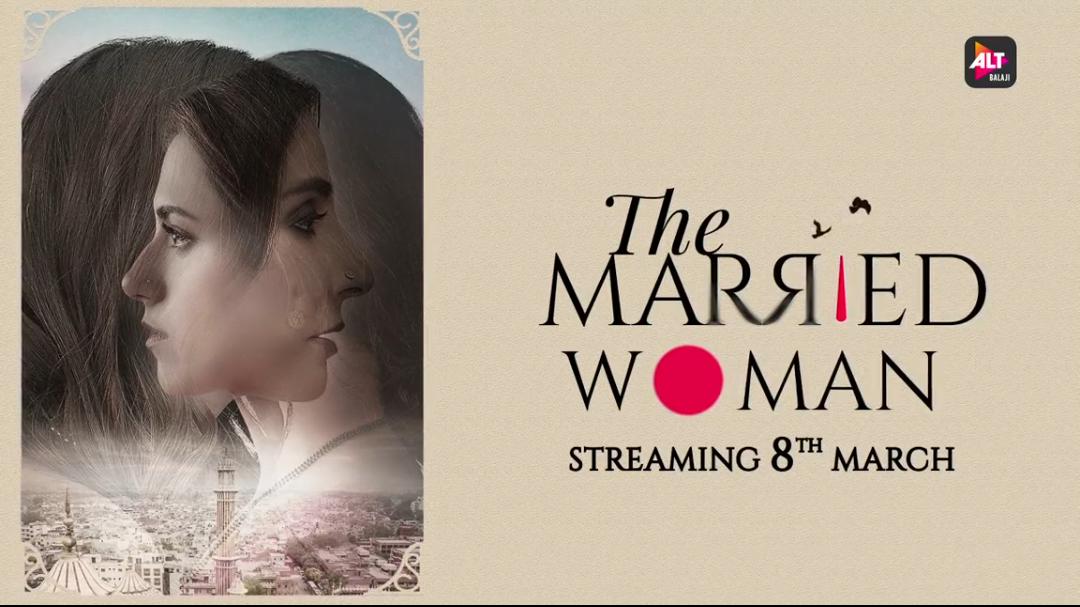 The tremendous and thriller-packed web series named The Married Woman is released on 8th March 2021 on the OTT platform named ALT Balaji and within days, it was witnessed by lakhs of viewers and they all loved the series and gave a positive response.

The viewers are eagerly waiting to see the series because after releasing the trailer the series generated an unimaginable hype between the public by which they are willing to witness the series and their wishes fulfilled on 8th March 2021 when this amazing and incredible series released on the OTT platform. Stick with us to see the review and all the information about the series.

The series is an Indian romantic thriller drama-packed series which is directed under the direction of Sahir Raza with the production help of Ekta Kapoor and Samar Khan under the production banner of Balaji Telefilms, ALTBalaji, In10 Network, and Juggernaut Productions. The whole plotting and storyline are given by Sahir Raza, Aparna Nadig, Jaya Mishra, and Surabhi Saral and the cinematography of the series is done by John Wilmor. The web series is based on a well-known book by Manju Kapoor.

After that, her life changes when one woman comes into her life who feels her like nobody, and after so much of conversations and feels she feels that she is in love with her but society rejected this relation. The series is seriously an interesting series to watch so, don’t forget to witness the series.

The series is the story of a wife, a mom, a teacher, a homemaker and all the character played by only one woman but the major point is that what about her dreams, her expectations and her desires and in this series the married woman Astha breaks all the boundaries of society to full fill her dreams and to find herself.

We request you to witness this series to fells the pain and hard life of a woman, who do all the things to just make her family happy but the one question is always reises that what about herself. So, don’t forget to witness the series only on ALT Balaji and the series is streaming on the app from 8th March 2021. Stay tuned with us.

“The Pakistan Show” opens to a colossal response

Rawat will take up issues with Gandhi, says Punjab CM