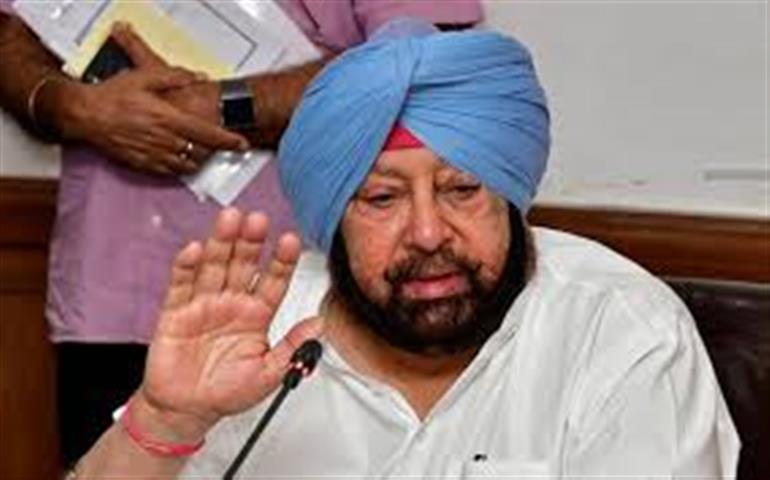 Relaxation in age and special credit would be given to existing experienced volunteers working in the Education Department at the time of recruitment of the pre-primary teachers, it was further decided by the Cabinet, which also gave the go ahead to the departmental service rules for Pre-Primary School Teachers. Also Read: Haryana’s Ayushman Bharat has a bagfull of achievements in its 2 years feat

Though the total requirement of pre-primary teachers stands at 12000, the fiscal situation prevented the Finance Department from approving full recruitment, said the Chief Minister, chairing the virtual Cabinet meet on Wednesday. All efforts would be made to complete the remaining recruitment at the earliest, said Captain Amarinder, stressing on the importance of strengthening the pre-primary teaching systems in government schools. Also Read: Ramlila with wooden puppets in Varanasi this year

According to a spokesperson of the Chief Minister’s Office, 8393 posts of Pre-Primary school teachers would be filled up, calculated with a norm of one teacher for every 30 students as actual enrolment of students at present. The School Education Department would ensure the completion of rationalization before advertising the posts of these teachers.

The Cabinet also accorded approval to the proposal of the department to relax the upper age limit up for volunteers, such as Sikhiya Providers/Education Providers/Education Volunteers, EGS Volunteers, AIE Volunteers and Special Training Resource (STR) Volunteers, working under various educational schemes/programmes on fixed remuneration and having gained extensive experience, at the time of recruitment of regular ETT teachers or Pre-Primary Teachers as and when advertised by the Department. Further, special credit may be given in the selection process to such volunteers @ 1 mark per year with maximum of 10 marks. Also Read: Makes no sense to me: Gambhir slams Dhoni&#8217;s decision to bat at No. 7

Notably, under the Right of Children to Free and Compulsory Education Act 2009 (RTE), every child in the age group of 6-14 years has a right of free and compulsory education in a neighbourhood school till the completion of elementary education. Though education for Pre-Primary school children in the age group of 3-6 years is not mandatory under the RTE Act, however, the same has been included in the Article 45 of the Constitution (Directive Principles), providing for early child care and education for all children until they complete the age of 6 years.

Realizing that there was need for integrated early childhood care and education, the Cabinet, in its meeting chaired by Chief Minister Captain Amarinder Singh on September 20, 2017, had approved Pre-Primary classes to provide education to the children in the age group of 3 to 6 years in all Government Primary Schools, and the same was operationalised since November 14, 2017 in all the Primary Schools of the state.

Also Read :   ‘Champion’s Pro Kushti’ all set for its 1st Mahasangram in Mohali