Working Women with an Urban Lifestyle more likely to develop Breast Cancer : Being diagnosed with cancer can be devastating for any individual. The fact that there are limited evidence-based causes of cancer makes it particularly dangerous. You might be following a healthy diet and lifestyle routine but still can be a victim of cancer at any stage of life. Breast cancer is one such cancer that is extremely common but with not many evidence-based causes known. 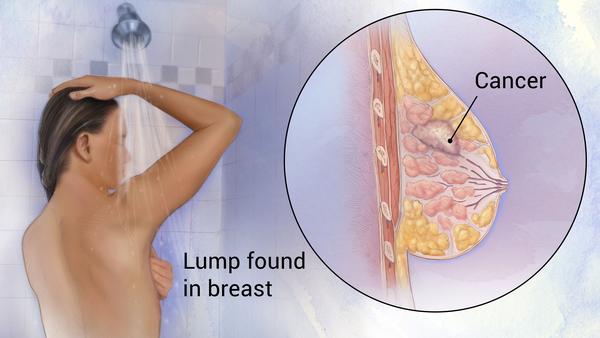 It is one of the most common causes of death in females worldwide. Though a lot of research is going on breast cancer but still greater efforts are required to conclude the causes, risk factors, and appropriate treatment for it.It is important for every woman to pay attention to the risk factors of breast cancer to prevent the mental and physical trauma that it can cause.

Recently, there has been much research about the increased risk of breast cancer in working women practicing an urban lifestyle. This connection has been extensively researched and reports suggest that women who work and live in urban or semi-urban areas are at a higher risk of breast cancer as compared to women who live in rural areas. According to a recent report on cancer being a lifestyle disease, an estimated 1 in 22 women living in urban area is likely to develop breast cancer during her lifetime.

There are many reasons and possibilities why working women in an urban set-up are at an increased risk of breast cancer. The first one is the wide exposure to cancer-causing carcinogens at workplace in urban areas. There are some industries such aschemicals/rubber/plastic, health, firefighting, metal, medical equipment manufacturing, glasswork, enamelware and science technology, where the employees are exposed to certain chemicals or potential carcinogens that are known to cause breast cancer.

Most of these industries are in urban areas and thus increase the risk of breast cancer in women working in thevicinity. A detailed evidence-based report published by Breast Cancer Fund in 2015 concluded the relation between working women and breast cancer.

Breast density is not related to breast size but it is the presence of more glandular breast tissue and ducts and less of fatty tissue. Dense breasts give more area to the cancer to developt and then hide somewhere deep or in between breast tissue. The reason for dense breast can be regular exercising and having good diet that does not allow fat to store in the breasts.

Also Read :   Over 20,000 Children to come together for a record-breaking Robotics Event

Other than these, there are more reasons that put working urban women at an increased risk of breast cancer. Most of the working women are career-oriented and they keep their professional lives in front and neglect their personal or married life. It is commonly seen that working woman opt for late pregnancies to become stable in job or reach a position that satisfies their professional goals. But little do they know that first pregnancy after 30 increases their risk for breast cancer.

Also Read : Do not be scared of Cancer; Fight it, Says Doctor

Like for working women, following a healthy diet and lifestyle, planning their pregnancy before turning 30, properly breast feeding their baby, and staying away from carcinogens and addiction can be helpful in avoiding breast cancer. Although there are some risk factors that are just not in your hands, such as having a family history of breast cancer, but there are others that you can avoid, such as avoiding sedentary lifestyle.

Also, screening is crucial for breast cancer. Every woman should undergo regular mammogram as a part of breast screening to find out any changes in the breast tissue that can be cancerous. Mammogram is a simple X-ray of the breast that does not hurt or cause any discomfort. But it can be very helpful in early detection of the breast cancer.

Always remember, breast cancer can be well-managed if diagnosed at an early stage with high chances of survival of the patient. But if diagnosed at a later stage, advanced treatment is required and life expectancy is also comparatively low. But there are some recently-developed treatment modalities such as hormonal therapy. This therapy is used considering the status of presence or absence of hormone receptors and specific proteins (HER2).

Further research is being carried out to look for more valid risk factors and causes of breast cancer so that it can be prevented and managed in a better way.